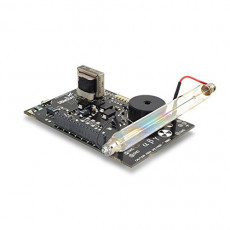 Geiger counter for Arduino to measure the level of radiations

The two following pictures show the Radiation Arduino Shield and an Arduino board. 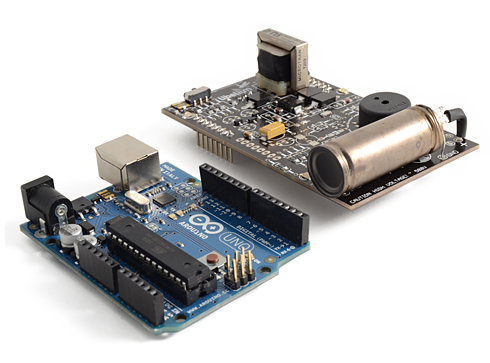 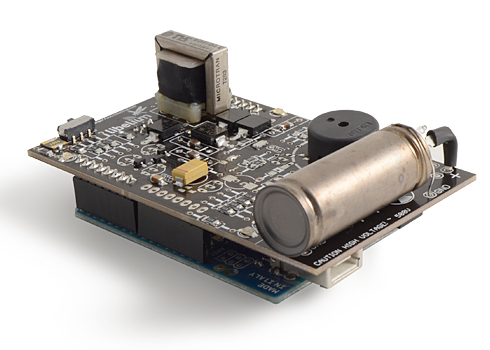 The following picture shows the mounting schema for the Radiation Shield for Arduino. 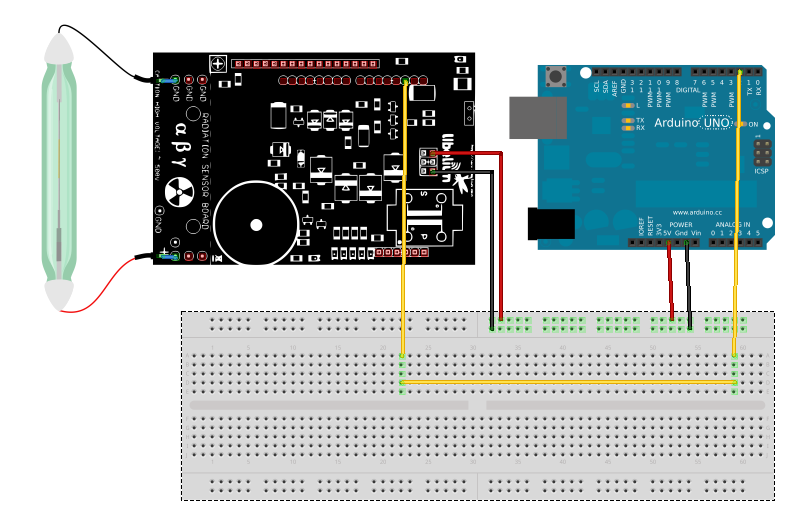 Three methods for displaying the radioactivity measurement are proposed:

Technical specifications of the Geiger tube that measures radiation

The technical specifications of the Geiger tube are as follows:

For more technical informations on this Radiation Shield for Arduino, go to http://www.cooking-hacks.com/index.php/documentation/tutorials/geiger-counter-arduino-radiation-sensor-board

The nuclear radiation that can be measured with a Geiger counter of the type that is used here are the alpha, beta and gamma radiation, ie ionizing particles. This radiation can be controlled and used in a beneficial way (medical). On to contrary, if uncontrolled and at high doses, radiation is very harmful.

Alpha particules are charged particles resulting from the radioactive decay of a nucleus. Their penetration is low and is stopped by a sheet of paper.

They are either electrons or positrons. These particules have an average penetration. They are stopped by an aluminum plate.

These are the most energetic and the most penetrating particles. They are also the most harmful. They may be stopped by a lead plate. 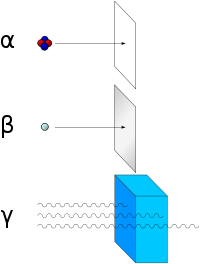 As shown in the diagram above, the different radiation materials shall be stopped by more and more dense and thick elements illustrating the penetrating power of radiation.

For more information, go to Wikipedia